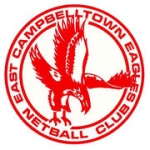 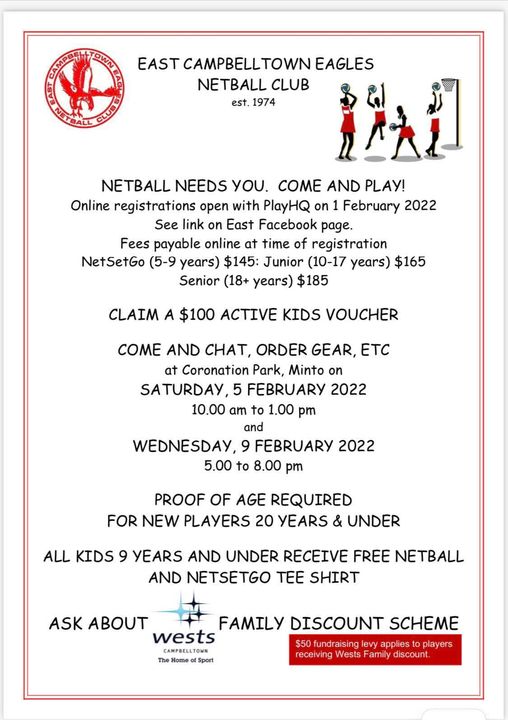 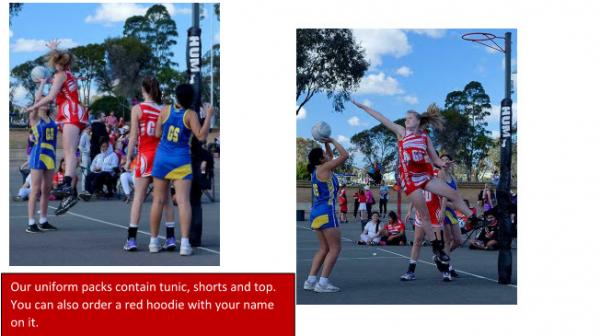 East Campbelltown was originally formed as an offshoot of East Campbelltown Eagles Rugby League Football Club, which played in red and white and claimed Waminda Oval as its home ground. East Netball drew most of its players from East Campbelltown School when it affiliated with the CDNA in 1974. Two of its original players are still with the Club as committee members.

East is well represented at Association level with one member holding the position of Vice President. East also supplies the district with a good number of representative coaching staff, as well as senior and junior rep. players.

East accepts all players. If you are old enough to go to school, or too old to go to school, we don't mind. Come and play! If you prefer to coach or umpire, you are very welcome to join us in those roles.

COVID has not been kind to netball, but we are optimistic that 2022 will be better and brighter and that we can all enjoy our game once more. We hope you will join us.